I joined this great club in 1993, and within one season had been “volunteered” for Treasurer.  It was challenging in a club I had only just joined, where some members were second or third generation,  however it was a great way to learn the workings of the club, meet a lot of other  people passionate about the club, and develop skills and experiences I would use later in my career.

This year we are pushing to reduce the patrol hours with two new patrols, so everyone will have at least eight spare hours across the season.  I am hoping that you will consider using some of those hours to help volunteer in the running of the club.  See the list of roles we still need here.

The club also has three major fundraising events each season; the City 2 Surf (this weekend), the Legends Lunch (October 18th), and the Bondi Bluewater Classic (Feb).  We need helpers for all three. You can sign up for City 2 Surf here.

We need as many volunteers as possible to help with our fundraising BBQ. Please sign up to help out for as long or as little as you can manage on Sunday 11 August. All Bondi members, from Associates to Nipper Parents and everyone in between, are asked to lend a hand.

Your contribution to this day will mean a lighter load and shorter shifts for all and hopefully a successful day to get our the season off to a great start. Thank you!

The Sun Herald City 2 Surf is one of the club’s biggest fundraising days and Fairfax Media have once again hired our clubhouse as a First Aid area.

For security and patient privacy reasons this requires exclusive access. Therefore, Bondi SBLSC members will not be able to use any part of the clubhouse from 12:00pm Saturday 10 August to 5.00pm Sunday 11 August. Please do not store your bags in the change rooms for race end. Access will not be possible.

Queen Elizabeth Drive will close at 1 am on Saturday morning to enable the work crews to build infrastructure on QED on Saturday. Members will not be able to park in front of the Club. Parking is available on Park Drive South. Please consider public transport.

Please refer to the Road Closures Map for parking on Sunday.

Thanks for your understanding and GOOD LUCK to all our runners.

Past Due Membership Renewals and Payments

The 2019/20 membership renewals and payments are now past due. The security tags for members who have not renewed have been deactivated. Please renew and pay your membership fees in your Members Area Account or contact the Office to arrange payment.

Education Team of the Year

At the Branch Awards of Excellence last month, Bondi was awarded the Team of the Year for the Education team – thanks to all the trainers and assessors who delivered this massive program. We are excited to be going to NSW State awards later this month. Could not possibly have done it without all the dedicated trainers.

I’m very much looking forward to leading this award winning team onto another fantastic & hopefully record breaking season. I know we all have the same goal – to have as many highly trained lifesavers on the beach as possible. Below are some key members of the team that will be helping us get there: 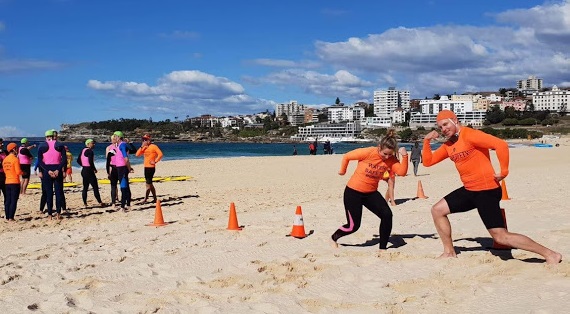 Photo:  James and Felicity (at left) on a beautiful September day with the 2018/19 Icebreakers group.

That’s right the first Bronze Medallion course of the 2019/20 season is coming up fast with Induction on September 1 at the Club.

Yes it’s still cold outside but by getting in early:

There’s an early swim test (400m in 9 minutes or less) next Tuesday evening (August 13) at Cook and Phillip Pool for those keen to get it out of the way.

So sign up or refer a friend now by registering at www.bondisurfclub.com/bronze or email info@bondisurfclub.com. You can also see more about the course and the Club here.

Very proud to announce your Bondi Lifesaving leadership team for 2019/20.

Next summer Bondi SBLSC are expanding from 12 to 14 patrols. This gives our existing Active Members the opportunity to join our new patrols – Ormsby and McDondald – for the start of 2019/20 season.

Adding two more patrols will reduce the rostered hours required for each person and we anticipate that, as the Club’s active base continues to grow, we will add further patrols.

As with all our patrol names they are named after members and families that have contributed significantly to our club and have form part of our club’s surf life saving history.

Lyster Ormsby, known as the gentle giant, was a Foundation and Life Member of Bondi SBLSC.  He was the first Club Captain in the year of foundation 1906.  He was responsible for the formation of the Surf Bathers’ Association of NSW (the beginnings of the Surf Life Saving Association). Lyster organised the first life saving duty roster for Bondi SBLSC members.  He is also the original designer of the surf rescue reel; the first model was made with a cotton reel and hairpins.  From this model the first reel was built and demonstrated on 23 December 1906. He gained an Instructor Certificate from the Royal Lifesaving Society in March 1908.

Named after Stanley McDonald and his son Basil McDonald.  Stan was the first appointed chief beach inspector for Waverley Council at Bondi. Known as “The King of Bondi”, Stan is a key part of Bondi legend history and set the pattern for beach inspectors. Stan is still rated as having the highest rescue count in Bondi history. His son Basil a Bondi Life Member, worked at Bondi for over 50 yrs. He was known as “Mr Bondi”, was awarded the Order of Australia in 1980 for his services to the community and surf life saving and recognised for his bravery during the “Black Sunday” mass rescue.

We wish Simon and Tom the best of luck in setting up and running our new patrols.

If you are looking for a change or the opportunity to join a new patrol next summer please contact your patrol captain, then email your expression of interest to Michael Hallam who will be managing the patrol set up with Tom and Simon.

Our ability to grow our patrol numbers is due to the countless hours each of you dedicate each year to the club.

A big thank you to our teams who have already been working hard in preparation for another great season at Bondi. Your support and encouragement is very much appreciated!

Registration for returning and new Nippers has been open for just a month and places are filling fast. We encourage you to register your child now to avoid missing out.

Pay online, ensure you have a valid email address for payment confirmation and once you have paid don’t forget to renew or apply for membership via Surf Life Saving Australia. 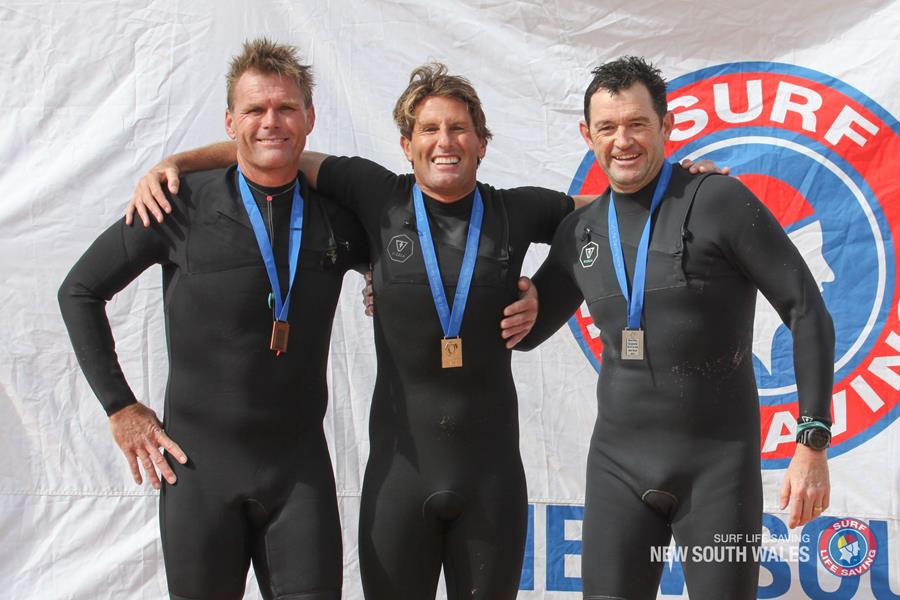 Congratulations to our Board Riders

The 2019 Midford NSW Board Riding Championships were held last weekend at North Narabeen. Congratulations to Peter Meyer for winning the Bronze in the 40-49 years short board and to Sean Murphy for placing 5th in both the 50-59 years long board and short board competitions. Our pilates guru, Harries also had three gold medals. 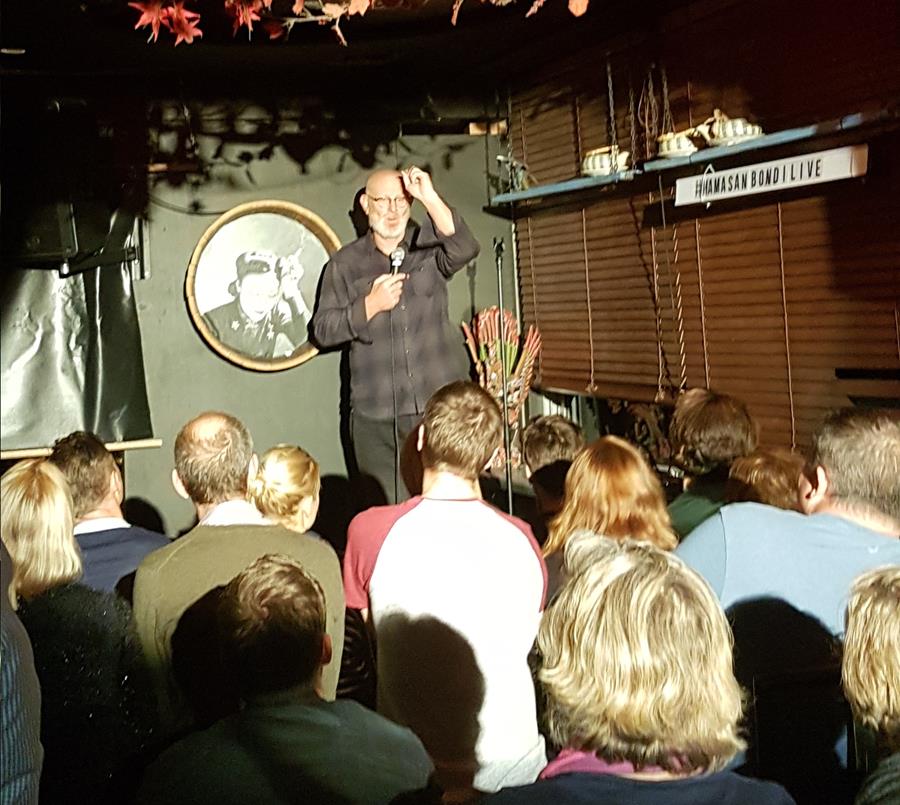 The Comedy Night held on Friday 26 July was a huge success!

We raised an amazing $2,638.74 for the club!! These funds will contribute to club life and continue to bring you some amazing social events!!

Also thank you to Anne-Marie Kruk, Brett Pattinson, Laurie Young, Nicole De Pear, and Isabelle Ulliana for all your hard work putting this event together!!

For great Clubbie discounts, look out for the Bondi sticker at friendly local businesses! 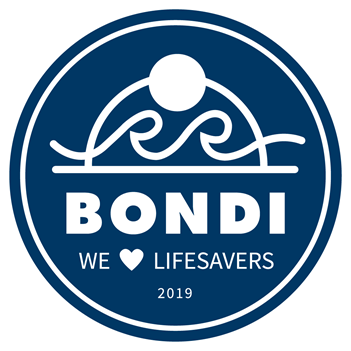 Don’t forget to check out the Member Benefits poster in the Club to discover new businesses supporting us.

ARTICLES FOR THE SURFER

If you have an interesting article concerning a member, past or present, please direct them to editor@bondisurfclub.com