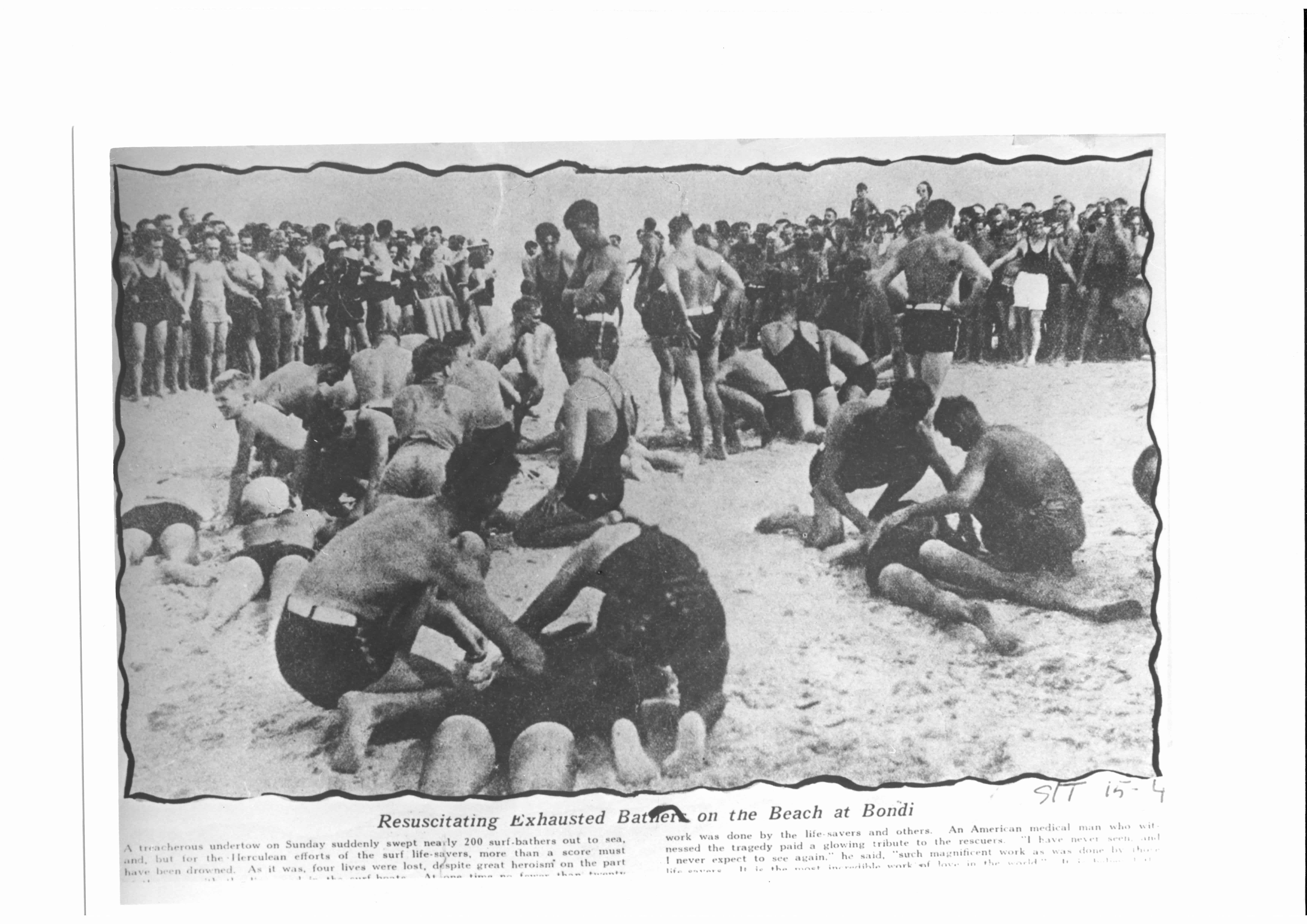 The crowd of 35,000 enjoyed the surf and sand, and waves were breaking evenly about 100 feet off shore. The bathing area flags were positioned almost directly opposite the Bondi Pavilion about 80 yards apart. Life savers wondered how they would find space on the congested beach for their weekly surf competition events.

At about 3.00 p.m. two duty patrols were changing shifts at the Bondi surf club and some 60 club members were mingling around waiting for the competition. The races were never contested!

Suddenly, three tremendous waves rolled onto the beach in such quick succession that the water could not recede. When a sufficient lull in the wave cycle did eventuate, the massive backwash was phenomenal. Swimmers were swept into a deep channel and out to sea.

There was instant panic. Men, women and children fighting for their lives. It was mass hysteria at its worst. In the frenzy they shouted, screamed, cried, begged and prayed. They grabbed, clawed and fought. On the beach there was a stunned but short-lived silence.

Lifesavers leapt into action, manning the seven reels already on the beach, and grabbing rubber surf floats, surf boards and skis, or swimming into the turmoil without belts and only their surfing skill to help them. Panic also swept those relatives and friends on the beach. The hastily summoned local police could not cope and called for reinforcements, doctors and ambulances.

The surf clubhouse began to resemble a hospital emergency ward as the rescued were brought in. About 30 were resuscitated on the beach while others were rushed to hospital.

A visiting American doctor, Marshall W. Dyer, said, “I have never seen and I never expect to see again, such magnificent work as was done by those lifesavers.”

After some 30 long agonising minutes the water was cleared. It was time to count the cost. Approximately 250 bathers required assistance; 150 were rescued unharmed; 60 were suffering from immersion; 35 were rescued unconscious and revived; and five people were dead. Bernard F. Byrne Ronald D. McGregor Charles L. Sauer, known as Sweet Michael Kennedy, known as Taylor Leslie R. Potter. Fifty years after these tragic yet heroic events we remember them as well as those brave lifesavers.

In the words of the Coroner, Mr Oram, “Their work is voluntary and it is wonderful work they do.”

Published by Waverley Library from sources within the Local History Collection, 2010
Scroll to top